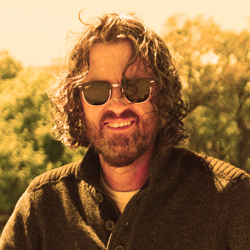 During the first half of 2015 a written senior thesis was completed.
The following new work accompanied the thesis.
Subsequently, the paintings were presented in USF's 2015 Bachelor of Fine Arts exhibition: Non-Refundable.

Series and works such as Thirsté examined the commodification of water and the hybridization of water privatization into an economically appealing method for corporations to exploit. Nestlé, for example, often exploits water resources at the expense of impoverished and low-income communities.

Gatormaiden was created in the Fall of 2012 at the University of South Florida, Tampa during a beginning ceramics class. The work is a contrived mythical beast from the swamps and brackish waters of Florida’s nature coast where mermaids, alligators, and manatee are frequently seen around Weeki Wachee. The sculpture's surface portrays the skin as porous, scaly, and slippery along her frontal area.

Gatormaiden was awarded entry into the University of South Florida's 37th Annual Juried Student Art Exhibition in the spring of 2013. The work was one of fifty selected from several hundred works.

While I never completed college, the economic recession initiated numerous life changes that made a return possible. In the fall of 2011 I closed my small design business and took up drawing. These studies are from the initial year as I worked to be accepted into USF’s art program.